Fans of Balmain are in for a treat with the special L’ORÉAL PARIS X BALMAIN collaboration set for a release in September 2017. The capsule collection consists twelve matte shades by Color Riche, designed with a multi-cultural sentiment in mind with every shade in mind.

“No matter your origin, no matter your tribe. Come together, be seen, be heard. United, we are invincible. Because we are all worth it.” – shared Balmain Creative Director Olivier Rousteing

Scroll down for more. The L’Oréal Paris x Balmain Paris Color Riche lipstick collection is to be released in September ahead of Paris Fashion Week. Every supermodel got a shade of her own, and Balmain gave the Rousteing’s top model Army three tribes. Scroll down for more and to see which girl got which lipstick. All Images Courtesy of Balmain 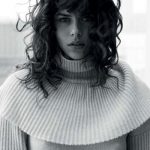 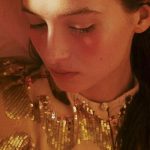