The first time I ever dated a girl, I was immediately being asked if I was a lesbian. And it’s like, “God, I’m 21 years old.” I felt like maybe there were things that have hurt people I’ve been with. Not because I felt ashamed of being openly gay but because I didn’t like giving myself to the public, in a way. It felt like such thievery. This was a period of time when I was sort of cagey. Even in my previous relationships, which were straight, we did everything we could to not be photographed doing things — things that would become not ours. So I think the added pressure of representing a group of people, of representing queerness, wasn’t something I understood then. Only now can I see it. Retrospectively, I can tell you I have experience with this story. But back then I would have been like, “No, I’m fine. My parents are fine with it. Everything’s fine.” That’s bullshit. It’s been hard. It’s been weird. It’s that way for everyone. – Kristen Stewart 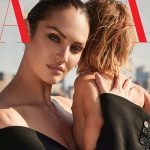 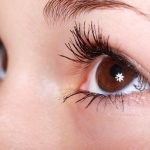