As one of the more popular cosmetic procedures, Brazilian butt lifts (also called BBLs) are known for not only plumping up the backside, but also streamlining other areas like the stomach and hips. That isn’t all they’re known for, though; most people have also heard the stories where the procedure goes wrong, leaving patients to deal with botched results or even medical emergencies. Fortunately, negative outcomes like these are usually avoidable; you just have to find a plastic surgeon who’s both skilled and reputable, like Dr. Aric Aghayan. Given that this is a pretty major procedure, there are still risks no matter what doctor you choose; even so, making informed decisions along the way will help you obtain your dream results in the safest way possible.

How much do Brazilian butt lifts cost?

The cost of a BBL doesn’t just depend on the plastic surgeon you choose; it also depends on the country in which the surgery is performed. If you get it done in the United States, you’ll probably end up paying around $10,000 to $12,000. That includes the procedure itself, plus what you owe the anaesthesiologist, associated hospital fees, and the cost of aftercare. The actual surgery will probably cost less than half of that, but since it’s a pretty intensive process, you’ll need to make room in the budget for a lot more than just the surgery.

Due to how much BBLs cost in the United States, many choose to get theirs done in other countries. Medical tourism is popular for many different procedures, and Brazilian butt lifts are no exception. Mexico and Turkey, in particular, are known for how cheaply their doctors will perform the procedure – they usually cost between $3,500 and $4,500 in total. While some of these doctors are professional and offer a high standard of care, an alarming number of them are cutting corners in order to increase their profits. These types of surgeons are responsible for a lot of the stories about medical mishaps, and even deaths caused by improperly performed Brazilian butt lifts, which is why it’s so important to pick a surgeon you can really trust.

BBLs aren’t just popular because of the aesthetic results they provide; they also have a couple of major advantages over other procedures that aim to enhance the derriere. The main competing procedure would be silicone implants; even though both of them result in an enlarged backside, a BBL tends to give a more natural effect, and comes with a lesser chance of infection as well. Even though BBLs don’t always “take” the first time, many of them are successful, with results that can last for years. Implants, on the other hand, will need to be replaced every several years in order to prevent adverse side effects. Then there are the black-market butt augmentations, in which substances like silicone caulking, sealants, or other mystery substances are injected with little regard for the patient’s health.

Which side effects should you expect to see from a Brazilian butt lift?

Since this is far from a minor surgery, you can expect to deal with a few side effects like pain, swelling, or bruising. That being said, there are several things that you definitely don’t want to see; these are complications that should be watched for in the days and weeks after the surgery. Some are more serious than others, and you should talk with your surgeon beforehand about the risks involved in performing the procedure.

As you can see, the side effects range from aesthetically unpleasant to deadly. With a fatality rate of 1 in 3,000, this is far from a risk-free surgery – but many of the fatalities are caused by lack of care (or skill), and the absence of adequate aftercare.

In the case of a fat embolism, for example, the fat taken from other parts of the patient’s body is injected into a large blood vessel instead of the fat stores. A competent surgeon should know how to avoid these veins, but if the individual has opted for a budget BBL, they’re risking their health just to spare their bank accounts.

There’s one last thing to know about a BBL, and that’s what actually happens during the procedure. The short version is that fat is taken from areas where you want less of it (such as the stomach, hips, thighs, or back) and put where you want more of it (your backside). In more technical terms, a surgeon will perform a fat graft using your own fat stores, rather than injecting other substances. This is actually what sets Brazilian butt lifts apart from many other augmentation surgeries – you’re really just rearranging what you already have, rather than adding to a certain body part.

Some BBLs are more drastic, while others can be quite subtle; if the patient is going for the second kind, they may only need to get local anesthesia. Regardless of the scope of the procedure, there will be a few incisions made from which the fat is taken using liposuction, plus three to five injections in the buttocks where the injections will be made. The fat that’s taken from other parts of the body has to be purified and prepared before it’s injected; this decreases the risk of complications after the surgery. Once the procedure has been completed, the patient is wrapped in compression garments; this helps to stop the bleeding, reduce swelling, and contour the body as it heals from surgery.

Brazilian butt lifts may be less risky than some other cosmetic procedures, but they still aren’t something to take lightly. The main priority is to choose the right surgeon – that’s how you’ll get the best results, with the smallest amount of risk. 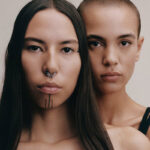 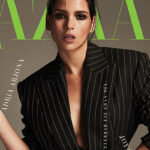