“My heart has been very heavy with the events that have taken place recently, and it’s been very hard to hold on to hope. I think about what happened to George Floyd and how a grown man was calling out for his mother. … And it’s heartbreaking. For almost nine minutes. It just is very, very heavy on my heart when I think about everything that is taking place in this world. I think about my own father and my husband, my brother. It’s very personal to me because I know it could have been them, that it can be them, that it might be them. And that’s terrifying to me. Even my own experiences of being pulled over in the passenger seat with my brother and my husband, and that fear that grips me because I know what could come of this encounter. And so in these moments, it is hard. I am sad. I’m outraged. I’m frustrated. I’m angry. And it feels like a cycle that is never ending. But what I am encouraged by is looking at the nation and the protests that are taking place and the diversity among those individuals. And I feel like, even though the world is so divided right now, in those moments I feel that we have allies, that people are listening and educating themselves, and that they will go out and vote. And so I’m encouraged by that in the midst of this outrage. I know that this is a problem for everyone, that will only be solved by everyone. And that is the hope that I have: that we can unify, that we can come together, that we can figure out the next steps, and not just be outraged but moved to real action and see things change.” – Allyson Felix 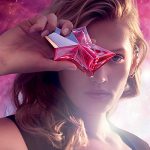 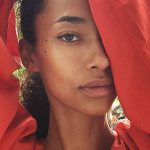