“The thing is, she could easily be just a murderous villain, but there are so many loveable qualities about her. When I first read the script and I read ‘assassin’, I thought, ‘Ah, f*ck, I’m not an assassin’ – the stereotype of what a female assassin is – and I felt a bit deflated. But I related to Villanelle. There were so many moments from scene one, such as when she flicks the ice cream on that six-year-old. I was like, ‘Oh my God, I’ve wanted to do this so many times but I never have.’ I strangely respect it, the dark corners of our minds that we have to bring to the forefront.” – Jodie Comer on Killing Eve’s Villanelle.

Photography © Mariana Maltoni for ELLE UK – www.elle.com
Do you like the latest ELLE UK’s covers? Tell us in the comments section below: 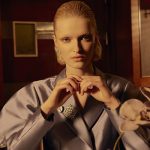 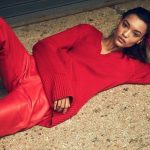