“I am going to vote because I believe that harm reduction does still matter, but I do understand why there are people who put more energy into other ways of organizing and transforming our country. Electoral power is just one type of power that we have and can aspire to in this country. I’m more interested in a holistic conversation that focuses on a variety of ways people can organize and impact change. I have to call into account a lot of our politicians; I think about former president Barack Obama. I think we have a lot of folks who have a lot of power and a lot of platform who put all this energy into telling people to vote, but mum’s the word for all the other action that is happening. How many of them are continuously encouraging the folks who are doing direct action on the ground and protesting? How many of them are routinely highlighting the work of community organizers?” – Raquel Willis

“To me, voting means having a voice, which is kind of what we’re all fighting for right now. I would tell Asian American teens, specifically, that the generation they live in is one of the strongest, loudest, and most passionate ones. They can be a part of that, and are a part of that.” – Leah Lewis

“What I hear when I ask people if they’re registered is, “Oh, I don’t believe in voting. I don’t want to vote for the president anyway.” So I have to break it down and say it’s not just about the presidential race; it’s about local races too. If you have children, you vote for the school board.… I think some people are starting to be woke about it, but there are still a lot of people who are not educated about voting rights and civil rights. Period.

I always say, “If you don’t use your vote, you’re still using your vote.” Not voting is voting. If you don’t get out there and vote for your community, you’re actually saying a lot. You’re saying you don’t care about your community and the dollars that could come into it to help people. 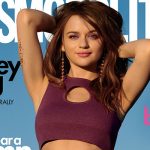 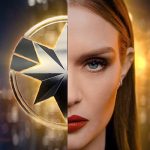