While hip hop has become one of the most popular musical genres in the world, it encompasses an entire lifestyle with its own unique culture. From rocking the perfect gold chains to understanding the hip hop slang, there’s an entire lifestyle built around hip hop. If you’re a huge fan of the music, you’re probably looking to learn more about how to understand this genre as a lifestyle and embody what it represents. We’ve got you covered with everything you need to know, from its history to modern-day interpretations of it.

The History of Hip Hop

Some people have forgotten just how recently hip hop was invented because of its huge global popularity. The birth of hip hop is said to have happened at a birthday party in the Bronx in 1973. A man named DJ Kool Herc was deejaying a party for his sister and debuted some techniques he had been working on that would lay the foundation for hip hop as we know it.

He is credited with the idea of rapping over a beat, which he was inspired to do based on the Jamaican tradition of “toasting” or talking over a song. But, perhaps his most important innovation was the way he would remix the beat. After noticing that crowds would get particularly excited about specific parts of songs, he tested out what is known as a breakbeat, where he would spin the same record on two different turntables.

From this point on, others began using his techniques to create their own music, helping the genre to grow and expand. As hip hop evolved, groups and individuals began to gain popularity with the masses. Sugar Hill Gang is typically credited with the first hip hop performance to a large audience when they took to the stage in 1979 to introduce “Rapper’s Delight,” an iconic song in the history of hip hop.

Over the next decade, new stars began to emerge, including Grandmaster Flash and the Furious Five, LL Cool Jay, Run DMC, and A Tribe Called Quest. Many hip hop stars used the genre to draw attention to social justice issues that affected their communities directly.

As the 90s rolled around, hip hop was a hugely influential genre with fans everywhere. This is when the genre seemed to break off into new and different versions of hip hop. During this time, people like Jay-Z and Dr. Dre were major players in further pushing the limits of hip hop and expanding it on a global scale.

Serious fans of hip hop love taking style inspiration from their favorite artists. Although the genre is generally male-dominated, the rise of superstar female artists like Nicki Minaji and Cardi B, who have been heavily influenced by past female artists like Eve and Missy Elliot, has changed hip hop apparel.

For men, the classic look is a white or black tee paired with jeans that are a bit more baggy and a pair of boots like Timberlands. For women, there’s a nearly endless list of options if you’re looking to sport the urban street look. Bold patterns like cheetah print and tight-fitted leather jackets can complete your look, but female rappers are constantly pushing the boundaries in both music and style. Look to your favorite artist for inspiration.

Of course, a major part of hip hop culture is the music and, because hip hop has changed so much over the last several decades, there are tons of different sectors to experiment with. You can be a fan of the old-school classic rappers or you may gravitate more toward the pop/hip hop stars on the radio today. Gangster rap is another particularly popular genre that has a bit of a grittier sound to it.

Whatever kind of hip hop music you enjoy, you should be able to appreciate and understand some of the most influential songs and groups, like N.W.A., who tried to use their platform as a method of social change but often received criticism for their tendency to include violence in their music.

Hip hop accessories may be one of the most recognizable aspects of the genre’s unique culture. Since the early beginnings of hip hop music, artists gravitated toward wearing gold chains to show off their style and their status. The bigger the chain, the more money you must have had to spend on it. Essentially, wearing a flashy chain was a way to flex on everybody by showing how successful you were. To this day, people who appreciate hip hop culture don all types of gold chains as their signature accessory.

With nearly every kind of subculture comes a different kind of slang. If you listen to hip hop music regularly, you are probably already familiar with a lot of the most common phrases and words. “Dope” is a common term used to mean “really cool”. “Flex on” and “floss on” are both different ways of saying that you’re showing off. “Fresh to death” and “lookin’ fly” are often used to say that you or someone else is looking really cool or attractive. You can find an entire dictionary of hip hop terms if you need help deciphering some of the slang.

Embody the Lifestyle That You Love

If you’re looking to become more entrenched in the world of hip hop and the lifestyle associated with it, then you should take the time to learn more about the culture. Try out some of the top fashion trends, invest in gold chains that fit your style, learn to talk the talk, and brush up on your hip hop history.

For most people who love hip hop, it’s about so much more than music. They feel like the genre helps to express who they are as a person, and many fans identify with some of the most important issues that rappers talk about––like racial profiling and discrimination. If you want to truly understand hip hop culture, you also need to consider how this genre has impacted people’s lives across the globe. 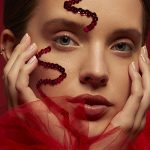 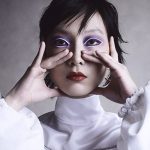