Singer Dua Lipa takes the cover of American ELLE Magazine‘s May 2019 edition captured by fashion photographer Carin Backoff. In charge of styling was Anna Trevelyan, with prop styling from Jacki Castelli at Lalaland Artists, and production by Creative Blood. Beauty is work of hair stylist Anna Cofone, makeup artist Francesca Brazzo, both at the Wall Group, and manicurist Michelle Humphrey for the GelBottle Inc. For the cover Dua is wearing Chanel.

“We’re at a time when people are making more empowering songs. But I was listening to Janet Jackson, and she starts pretty much all her songs with “I have control over my body and my thing.” You forget that empowerment was always a big part of music, especially for female artists. We went to a comedy show last night, and Whitney Cummings was doing stand-up. She was brilliant, saying, like, women have been empowered for a very long time, but now it’s, “Oh, someone’s listening to us? Let’s go crazy!” We’re not used to being listened to. Now we’re taking full advantage of that fact and speaking about things that are really important to us.” – Lipa for ELLE US.

Photography © Carin Backoff for American Elle Magazine
Do you like Elle Magazine’s latest cover? Tell us in the comments section below: 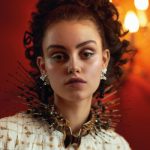 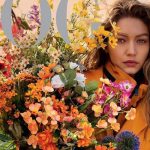