As the pandemic has thrown our daily routines into disarray, it has probably had a similar effect on how you dress. Working from home, for example, might have led you to abandon the usual work attire in favour of casual clothing that can take you from the home office to… the living room.

Hence the rising popularity of loungewear – which, according to Google Trends, saw 1,300% more searches from early March to mid-April, reports Good Housekeeping. However, such is the broad choice of quality loungewear offered online, you could struggle to settle on just a few pieces.

Alas, you might no option but to settle – especially if pandemic-fuelled economic woes have led your employer to furlough you or cut your working hours. Here are some examples of loungewear you could enjoy wearing long after the COVID crisis has subsided.

The versatility of tracksuits makes them particularly well-suited to lockdown life. Sure, they aren’t the first things you might think of wearing for a FaceTime or Zoom call – but, for those occasions, you could simply swap out the tracksuit top for something more formal.

The New York Times writer Tim Barribeau reports having adopted the “remote work mullet” – with professional-looking clothing on his torso and comfort-first attire further down – for 90% of his video calls. If you need to go out, you would just need to put that tracksuit top back on.

With such an approach, “no-one’s going to think you’re wandering around in your pyjamas,” Barribeau notes. Complete tracksuit sets are in good supply online, too; Gym King, for example, sells a wide range of quality women’s tracksuits that let wearers mix comfort and style.

If you’re continuing to work from home, then some comfy slippers look like a sound investment. You can easily keep them beneath your bedside table, allowing you to slip into that footwear as you get out of bed – and of course, you’re unlikely ever show your feet during those video calls.

However, if you fancy a short walk during the lunch break to relieve any stress you have built up in your races to meet fierce deadlines, you could switch to walking shoes. Meanwhile, rigorous workouts, such as runs, can benefit from you wearing resilient workout trainers.

Even as the threat of COVID-19 fades, you could find your exercise regime so beneficial that you might as well keep using that workout-friendly footwear just as regularly as before.

“Underwear?” you might be thinking. “What underwear?” It’s true that ladies could find going braless especially tempting right now. The Guardian observes that staying at home has allowed women to abandon “uncomfortable, unnecessary underwear”.

However, while the site adds that “many women have no intention of returning to underwires and constriction”, you might be more drawn to halfway-house underwear that spares you the overly restrictive feel of a sports bra while still holding you in comfortably.

This kind of underwear could serve you well as you go from studiously working to casually rushing out to do some quick shopping. 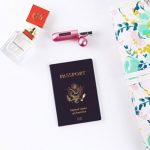 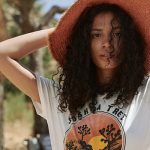