This boulevard of stars lends perfect support to my uncurbed love for the classical world. Hollywood is, after all, a Greek temple populated by pagan divinities. Here actors and actresses are acknowledged as heroes of the myth: hybrid creatures with the power to hold divine transcendence and mortal existence at the same time, both the imaginary and the real. They are the idols of a new contemporary cosmogony, embodying a persistence of the sacred. Aphrodite, Theseus, Pandora and Medusa still live in Hollywood’s Olympus. Beyond reach, and yet, so human.
– Alessandro Michele. 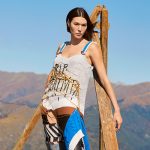 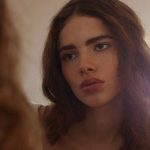