Saint Laurent opted out of the Paris Fashion Week schedule for another season to present the latest collection prepared for the Fall Winter 2021 season with a breath-taking runway video. The collection work of label’s creative director Anthony Vaccarello was encapsulated with sixty-four new looks represented the latest vision for the legendary fashion house.

The location of the shoot was shrouded in secrecy, yet it was easy to guess the show-stopping landscape featured as the runway backdrop belongs to Iceland.

The recording of this massive Saint Laurent digital film / runway show was conducted in the end of March in Iceland with all the measures preventing anyone from spying on the action. According to various sources on Iceland Saint Laurent brought a 250 strong crew featuring models, in-house teams and film crew, comprised of Icelanders as well.

The stunning Saint Laurent Fall Winter 2021 runway shoot was no easy task, in fact around 100 people from the maison spent around two weeks in Iceland getting everything in order prior to the day of the shoot.

According to Iceland’s own Covid19 restriction the French visitor had to also spend time in quarantine before embarking on the shoot location. According to the sources the whole shoot was no one day job. In fact it took the team from three to six days to finalize the shoot.

Environment Agency of Iceland also issue a statement supporting the label’s efforts to prevent the breath taking landscape. Saint Laurent crew has laid over mats over the moss to protect it, creating a specially designed soft catwalk for the filming of the Fall Winter 2021 collection.

Iceland’s spectacular locations are in demand for video and fashion shoots in the past years. Yet the government is especially sensitive to giving out permission for commercial shoot on their popular locations. Comes 2017 when Music superstar Justin Bieber used Iceland as a location for a video music shoot as well as Calvin Klein ad. The popularity of Bieber’s video brought massively high number of tourists flocking to the locations. This resulted in Icelandic government closing for longer periods to massively limiting number of visitors on certain location to prevent environmental destruction caused by the tourists.

Will Saint Laurent Fall Winter 2021 video have the same effect on Iceland’s tourism in a moment when the industry of the same is on hold for certainly months to come it is hard to asses. Yet we are certain Saint Laurent got a welcoming invitation from Iceland.

The show stopping runway video premiered on a day when we got the first news on the future of live runway shows with an audience. Italian chamber of Fashion was the first organisation to approve runway shows with an audience comes June 2021 in Milan. Whether the fashion houses are to stick to the massively viewed and popular digital presentation it remains to be seen.

Have a closer look of the Saint Laurent Fall Winter 2021 collection and video on DSCENE. 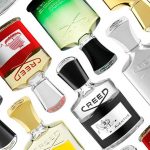 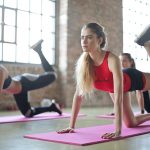