Actress Catherine Zeta Jones teams up with WSJ. Magazine for their popular series My Monday Morning. Catherine talks about her Casa Zeta Jones coffee line, her diet, her morning routine, the secret to a happy marriage, and more.

I’m a big kind of European, three meals a day [person]. In the whole lockdown, I relished having my kids and my husband here for breakfast, lunch and dinner. –  Catherine Zeta Jones

What time do you get up on Mondays, and what’s the first thing you do?

I’m an early riser. I take solace in that time of just having my space. Not that I live in a rowdy household anymore, as my daughter’s in school and my son’s in college, but it’s a wonderful time for me to just get up, make my coffee and sit. I’m the kind of person who really considers Monday a new start. Even when I was a kid going to school, I remember the teachers going, Oh, Monday morning blues. I never, ever thought that; I always enjoyed the new start.

I get up, I put my coffee on to brew, and I take my little puppy out for a pee: hail, rain, snow, wind, shine, whatever—I get up at about 5:15 every morning. And then I just sit for a minute, try not to pick up a device, usually have my little doggy on my lap. I always like to do the crossword on Monday because I know I can do it. [Laughs]

My Monday mornings usually start on a Friday evening, where I really take joy in that things have cleaned up on a Friday so that I can start my week again on a Monday, fresh. My grandmother always said, Don’t put off until tomorrow what you could do today. And I kind of have that, although during this whole lockdown, especially at the beginning, all of a sudden I had this procrastination gene raise its ugly head, where I felt, You know what? I’ll do it next week. It actually really quite affected me: Why do I feel so blah? I realized I wasn’t in my routine, I wasn’t putting to bed my stuff on a Friday, wrapping things up nice and neatly.

How have you and your family been spending time together during the pandemic? Have you developed any new hobbies?

During the pandemic, I hate to say it because it’s such a horrific time for so many, health-wise and economically, but I must say, we reverted back to a time that’s forgotten when you have teenagers and college-[age] kids. There was something that was interesting in how time stood still for a minute.

We’re very lucky that we were sequestered in the country, so we were able to go out in the garden. It was very interesting how we all independently gave each other space but got together and met for our meals and looked forward to, What are we going to watch tonight? What are we going to play tonight?

Then time went on and on, and I had great aspirations to really work on my languages; I had great restorations to do. Once I kind of cleaned out a few closets and put things back on the bookshelf in the right place, [I realized] I’m a homebody. Not that I have a reclusive gene, but I don’t really need to be out and about. Wherever my family is, and we travel a lot, as long as we’re all together and we’re safe, we can be anywhere. But I didn’t have that urge of, God, if only I could go to that restaurant. Oh, God, I need to get on a plane. I didn’t feel that.

When it comes to sleep, are you one of those “four hours a night is all I need!” people, or do you need a minimum number of hours to recharge?

Do you have a go-to breakfast to start the week off right?

I always eat breakfast; I’m not one of those people who can skip it. I have a go-to breakfast that happens every day. Right now, I’ve just switched. In the winter months, I have porridge with banana, brown sugar and berries. Come daylight savings, when we spring forward, I switch to my nonfat Greek yogurt with my berries and my granola. I was brought up on hot porridge in the winter when I was growing up in Wales. And as soon as the clocks go back in September, I start porridge, and as soon as the clocks go forward, I start granola.

It’s like, the white jeans come out at the same time as my yogurt.

Do you take any vitamins?

I have a plethora of vitamins in my cabinet in my bathroom. I do take vitamin D and vitamin B whenever I can. But I eat very healthily. Of course, I have my french-fries fixes and my chocolate, which are something I just love, and I just have to have them. But I try and get as many nutrients in as possible. But when I get really old, I’m going to start taking a lot of vitamins because I only want to be able to eat dessert for the rest of my life. I only actually eat real food because I have to right now. My dream is to only eat desserts, ever. It’s a goal.

You just launched a collection of Casa Zeta Jones blends—what’s your caffeine routine like? Do you have a secret to a perfect cup of coffee?

As a Brit, I was brought up on tea. My love affair with coffee happened when I was 19 years old. I did my first film [1001 Nights], and we shot in France and Morocco. I had never really drunk coffee until I went to Paris. As soon as I stepped off the plane in France and went to Paris, I became full-on film noir and drank coffee at the outside cafes and walked the bridges of Paris like I was in a movie myself.

Even though I still drink tea, coffee is my morning brew of choice. I’ve become a bit of a fanatic about coffee. In my travels, especially to Central America and to Africa, I always find my favorite brews. For me to start doing blends of different coffees has been a really exciting venture. I love to brew my coffee in that solace time in the morning. I really like to do the French press. I have to be caffeinated in the morning; I only drink caffeinated coffee until 4:30 in the afternoon, and then after that I drink decaf.

What’s it been like shooting a TV show right now—have there been any funny or weird moments on set due to Covid protocols?

I must say, first of all, that I feel very well taken care of, very well protected—but not just me, the whole crew. The protocol is so conscientious and on it. The hard thing for me shooting is the lack of camaraderie where actors and the crew would be waiting for a shot to be set up, and we’d sit on a chair and chitchat and share stories, have jokes, get to know the crew. That’s kind of gone. We come in, we rehearse once, whip off our masks, do it, put our masks back on, go back to our trailers or our rooms. Everyone’s obviously masked up. I don’t know what the hell these people I’m working with look like; I recognize people by the color of their eyes.

We have the moments where we do a great take, and then someone says cut and everyone’s like, Why did we cut? Because one of the supporting actors in the back of the room has still got his mask on. We’ve got to do it again.

You and your husband celebrated your 20th anniversary at the end of last year—what’s your secret to a long-lasting marriage?

First of all, we have a lot of fun together. My husband is 25 years older than me; that’s not a secret. With any relationship, it wouldn’t be normal if there weren’t any ups and downs. The constant is love and respect. We’ve never, ever lost our sense of humor, and we enjoy each other’s company. My husband and I spend a lot of time together, because unlike so many couples, we’ve never had a 9-to-5 job where it’s consistent. We’re either on or we’re off. I’m really working 16 hours a day, or I’m not. He’s doing the same, or not. So we’ve had in our relationship huge amounts of time where we’ve been just us. We lived on the island of Bermuda for 12 years bringing up our kids. We respect each other’s space, and our humor is just long-lasting.

What’s one piece of advice you’ve gotten that’s guided you?

My first big break was when I was 17 years old in the West End of London, where I was in the chorus of 42nd Street. And I was a second understudy. By some fluke [two months in], the lead was off and the first understudy was off. I got on, and David Merrick, the big Broadway producer, was in London checking on his show and saw me go on. I took over the lead for two years, and the only reason why is that I was completely prepared. My father used to say, Just be prepared for anything. I have that inherently in me, and I say it to my kids. If Willy Wonka’s golden ticket is put in your hand, you better be ready to use it. No excuses. 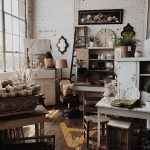 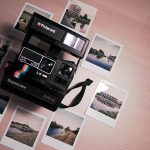