Almost two decades after the launch of CHANCE by Chanel the famed house is ready to release it’s latest edition GABRIELLE. The new fragrance is a floral mixed women’s scent developed by Perfumer OLIVIER POLGE. CHANEL Gabrielle is to feature notes of jasmine and oranges blossom, as well as ylang and tuberose. The launch of the new fragrance was first announced on the pages of American Vogue June 2017 edition. Gabrielle joins the family alongside Coco, Chance and the ultimately iconic Chanel No5. The fragrance which we got to try is both refreshing and airy once tried, following with the floral moment which is the signature of the new release. A dominant factor in the new formula is also an added note of Orange Blossom which allows the Gabrielle formula to come with it’s undeniable freshness. At the same time it comes with a soap like sentiment, not present in this manner with other note releases. In addition, with musk and sandalwood present in the note the fragrance comes with a creamy base not, as well as an impeccable woody floral note. Kristen Stewart is also clad in CHANEL for Harper’s Bazar September issue, celebrating the brand for magazine’s biggest issue of the year.

If the fragrance is to have the success of it’s family members, the time is yet to tell. Still with Stewart as the face of the brand, and the print and online campaign only to follow, the true success of the new adventure by the french maison won’t be measurable till the middle of next year. 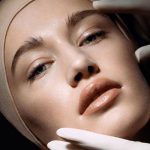 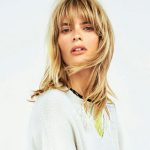